A former “Days of Our Lives” actor has been arrested for allegedly selling illegal drugs out of his Los Angeles County home. According to The Malibu Times, the 20-year-old actor was arrested at his Agoura Hills home for selling cocaine. It is not clear from the report how much cocaine the authorities seized. He was charged with one count of possession as well as one count of selling cocaine within 1,000 feet of an elementary school. If convicted, he faces up to nine years in state prison.

California’s drug distribution laws make it illegal to possess, transport, manufacture, and sell cocaine. Individuals charged with cocaine-related crimes could face years of incarceration and fines. These penalties are enhanced if the alleged crimes occur near a school.

Under California Health and Safety Code 11353.1 (1), defendants may face additional penalties if a drug crime involved cocaine and “occurred upon the grounds of, or within, a church or synagogue, a playground, a public or private youth center, a child day care facility, or a public swimming pool, during hours in which the facility is open for business, classes, or school-related programs, or at any time when minors are using the facility.” The enhanced punishment for a cocaine-related drug crime on school grounds can include an additional year in state prison.
END_OF_DOCUMENT_TOKEN_TO_BE_REPLACED

Two Ventura County men, ages 36 and 39, were arrested on drug charges involving methamphetamine. According to a news report in The Ventura County Star, the drug bust occurred on Johnson Drive in Ventura. Officials raided the home and allegedly found one pound of meth and other evidence, which they say indicated that the 36-year-old man intended to sell the drugs. Officers also arrested a 39-year-old man who was allegedly trying to flush heroin down the toilet. Between them, the two men face a number of charges including maintaining a drug house, possession of methamphetamine for sale, possession of a handgun, possession of marijuana for sale, heroin possession, and destruction of evidence.

Individuals who are suspected of running a drug house and selling drugs are likely to face serious charges and potential penalties. Under the United States Controlled Substances Act, Section 856 (a): “It shall be unlawful to (1) knowingly open, lease, rent, use, or maintain any place, whether permanently or temporarily, for the purpose of manufacturing, distributing, or using any controlled substance.” Penalties for maintaining a drug house include imprisonment for up to 20 years or a fine of up to $500,000 or both.
END_OF_DOCUMENT_TOKEN_TO_BE_REPLACED 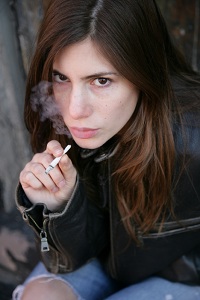 Under California law, it is possible to face drug charges without actually possessing any drugs. Possession of drug paraphernalia is a criminal offense that carries harsh penalties. Under California Health & Safety Code 11364: “It is unlawful to possess an opium pipe or any device, contrivance, instrument or paraphernalia used for unlawfully injecting or smoking (1) a controlled substance.” Examples of illegal devices used for consuming drugs include hypodermic needles, syringes, pipes, or cocaine spoons.

There are a number of ways in which a skilled criminal defense attorney can fight against these types of charges.
END_OF_DOCUMENT_TOKEN_TO_BE_REPLACED

After utilizing a source in New York, DEA agents seized over 60 gallons of finished PCP and hundreds of gallons of highly toxic chemicals that are used to make PCP. Officials report the chemicals could have been used to manufacture another 1,200 gallons of PCP. A single gallon contains 74,000 doses of the drug. The five suspects are in custody in Los Angeles. They all face potential life sentences.

Phencyclidine is a dangerous drug commonly referred to as PCP or angel dust. It is a Schedule II drug because of the high potential for abuse. It can be a misdemeanor or a felony to possess PCP, which is punishable by either one year or as many as three years in jail. Possession with “intent to sell” charges have even more severe consequences. Possessing or purchasing PCP for sale is a felony, which is punishable by three, four, or five years in prison and a $10,000 fine. If the weight of the PCP exceeds one kilogram or 2.2 pounds, the defendant could face an additional three to 15 years.

END_OF_DOCUMENT_TOKEN_TO_BE_REPLACED

Three men, ages 20, 23, and 40, were arrested on drug-related charges after police conducted a heroin drug bust. According to a CBS Los Angeles news report, the drug arrests occurred in Simi Valley after a six-month investigation. Officials began their investigation in September 2011. They seized five pounds of heroin, over $300,000 worth of narcotics, and $120,000 in cash. Officials believe that the drug ring was a majorpipeline into Los Angeles that may have been part of a $6 million a year business.

Heroin is classified as a Schedule 1 drug because it has a high potential for abuse and because it has no accepted medical use. There are serious penalties for drug possession in California, especially possessing any amount of heroin in California, and individuals suspected of transporting or selling heroin could potentially face life-changing criminal penalties.

Health and Safety Code 11352 makes it a felony to transport or sell heroin punishable up to three, four, or five years in state prison. The fine for this offense increases from $20,000 to $50,000 if the amount of heroin seized exceeds 14.25 grams or if the defendant has a prior conviction for any controlled substance. The penalties can become even more severe if the suspects are involved in a drug ring, if drugs are sold or possessed near a school zone, or if the drugs are transported over state lines.

END_OF_DOCUMENT_TOKEN_TO_BE_REPLACED

A 25-year-old man faces possession, sale, and transportation charges after Los Angeles County officials allegedly found $52,000 worth of cocaine and methamphetamine in his vehicle. According to a news report in the Los Angeles Times, the man was pulled over near Canyon Country Road and the 14 Freeway. Officials claim that they saw indications of narcotics activity and used a drug-sniffing dog to search for the drugs. Hidden in the car was more than two pounds of cocaine and about a pound of methamphetamine. The man is being held without bail.

There are legal options for individuals charged with simple drug possession to avoid jail time through rehabilitation services and other alternative sentencing options. When these charges are increased to selling or transporting charges, the charges and potential penalties can increase substantially.

END_OF_DOCUMENT_TOKEN_TO_BE_REPLACED

Three men were arrested in Thousand Oaks recently for allegedly being under the influence of a controlled substance and possessing methamphetamine, according to The Ventura County Star. Ventura County Sheriff’s deputies say there were alerted about a group of individuals who were at a Radio Shack in Moorpark buying a police scanner. Deputies later spotted the group and arrested the three men on drug charges, and were reported to have been in a stolen vehicle. A woman who was with them was arrested for alleged strong-arm robbery. An investigation is ongoing.

A drug offense in Ventura County usually involves the possession, sale or transportation of any drug, intoxicant or drug paraphernalia that is prohibited by law. A majority of drug offenses in California are felonies. Whether a drug crime is charged as a misdemeanor or felony depends on the quantity of drugs seized, the circumstances of the arrest, and the prior criminal history of the defendant. The consequences of a drug crime conviction can also be extremely severe. Depending on the nature and severity of the charges, a defendant could be looking at time in prison, hefty fines, or entering into a mandatory drug rehabilitation program.

For first-time drug offenders, alternative sentencing options may be available. Proposition 36, for example, allows a person convicted of a non-violent drug crime to get probation and drug treatment instead of jail time. Both first-time and repeat offenders may be able to participate in “drug court,” which is a special court that closely supervises select felony and misdemeanor drug cases. This program is not available to those involved in violent crimes. Another alternative is a “diversion” program where the defendant enters a guilty plea, but instead of getting sentenced to jail goes through a diversion program, which is a series of classes. Participants will be subject to random drug testing and a failed drug test could land the individual back in court or jail.

END_OF_DOCUMENT_TOKEN_TO_BE_REPLACED

A 29-year-old man was arrested on Thursday, February 3, at a home in Redondo Beach for operating an illegal medical marijuana courier service, The Daily Breeze reports. Police served the man with a search warrant and found more than 600 marijuana plants in various stages of growth, along with equipment used for home cultivation. Police also confiscated equipment and products that could be potentially used to manufacture methamphetamine and other drugs.

California voters passed the Compassionate Use Act of 1996, making cultivation and possession of marijuana for medical use legal in the Golden State. However, the law gets complicated because possession or use of marijuana – medical or recreational – is still illegal under federal law. Under California law, medical marijuana patients can form collectives to grow and provide marijuana to each other. Often, such collectives are organized informally.

There is no question that the California laws relating to medical marijuana are murky. Thousands of medical marijuana growers and patients are still arrested across the state. Possessing or growing marijuana in California is defensible because it is legal in this state, although it continues to be banned by federal law. A narcotics conviction, especially for distribution or sale, can still result in serious penalties, including prison time.

END_OF_DOCUMENT_TOKEN_TO_BE_REPLACED

Drug courts in California provide an opportunity for those who abuse drugs or have a continuing addiction issue. This is an opportunity for these individuals to receive treatment services in lieu of jail time. Instead of going to prison, candidates are required to attend recovery meetings and undergo frequent and random drug tests. Candidates are also required to make multiple court appearances to demonstrate their progress. By successfully finishing a drug court program, a candidate may avoid jail time while having his or her penalties reduced; and they may even have their California drug crime conviction dismissed!

Drug court requires the collaboration of judges, lawyers, drug abuse specialists, health officers, counselors and probation officers to create an environment that encourages drug recovery and rehabilitation. By subjecting themselves to enhanced supervision, drug court candidates have a support system to help them sober up and get their life back on track – something incarceration can never accomplish. The success and popularity of drug courts is growing in many California communities.

END_OF_DOCUMENT_TOKEN_TO_BE_REPLACED

Marijuana laws in California can be complicated and confusing. While some people can legally purchase, cultivate and use it for medicinal purposes, it remains an illegal substance under federal law. There are also a number of restrictions on marijuana possession and its transport that makes these laws complex and difficult to understand.

Growing any amount of marijuana is considered a felony under the Health and Safety Code section 11358. There are lesser charges for those accused of cultivation for personal use only. To determine if there is intent to sell, police will look for evidence such as large quantities of cash, “pays and owes” transaction ledgers, scales, substantial amounts of marijuana and packaging material. Under California law, it is legal for a medical patient and their caregiver, when applicable, to possess and cultivate marijuana. It is, however, still illegal to cultivate medical marijuana when there is intent to sell. You can only legally cultivate medical marijuana in California after receiving approval from a physician. And even then, it is still illegal under federal law.

Certain medical patients can legally grow it as long as they have no intent to sell it. Under California law, they cannot legally have it in their car (Vehicle Code 23222). The marijuana laws in California are even further confused by the fact that marijuana is still considered illegal under the federal Controlled Substances Act. Fortunately, for those in need of medical marijuana, federal law rarely comes into play in marijuana cases in California unless large-scale distribution is suspected.