Several states across the nation from Virginia to California have passed laws requiring the installation of ignition interlock devices for DUI (driving under the influence) offenders. Some California counties, such as Los Angeles, are even requiring that first-time DUI offenders install ignition interlock devices in their vehicles. According to a news report in RedandBlack.com, there is an ongoing debate about the effectiveness of these devices and if they actually prevent drunk driving. The debate has gotten louder with a Senate bill that is looking to add $24 million in funding to continue research on mandating the interlock devices in all cars by all manufacturers. 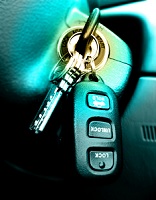 According to the National Highway Traffic Safety Administration (NHTSA), there is a DUI fatality in the United States every 50 minutes. Drunk driving caused approximately 11,000 deaths in 2011, according to the NHTSA. Mothers Against Drunk Driving (MADD), an advocacy group for DUI victims, claims that these devices save lives. MADD estimates that public health laws have saved 27,000 lives and that an interlock device is more effective than license suspension alone because more than half of all convicted drunk drivers continue to drive on a suspended license.

Opponents feel that the government should not force car manufacturers to sell cars with these devices, but instead provide it as an optional feature. Others feel that while these devices may address the issue of drunk driving, it may not necessarily influence the individual attitudes with regard to the overconsumption of alcohol.

Mandatory installation of an ignition interlock device could cost those convicted of a DUI hundreds of dollars a month, adding to the already significant costs of a DUI such as fines, court fees, alcohol education programs, and insurance rate hikes. If you or a loved one is facing DUI charges, the experienced Los Angeles DUI defense lawyers at Sitkoff & Hanrahan can help protect your rights. Please contact us at (866) 430-8383 for a free and comprehensive consultation.