DUI (driving under the influence) task force officers strategically setup checkpoints in busy areas where they suspect drunk drivers will travel. Checkpoints are not allowed on interstate highways. Therefore, roadblocks are often set up along major thoroughfares that lead to highway entrances. One way to potentially avoid a DUI trap is to remain on secondary streets that are away from busy roadways.

It is also common for officers to set up roadblocks near restaurants and bars that remain open late at night. Main streets that have multiple late night establishments will likely be ground zero for police officers looking to fill their DUI arrest quota. If you are spending a night out in these types of areas, it may be in your best interest to follow real-time checkpoint information through social networking sites such as Twitter or Facebook. 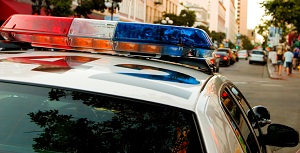 If you are approaching a DUI checkpoint in California, it is important that you do not act suspiciously. For example, it is not in your best interest to hastily make a U-turn to avoid the roadblock. Most DUI checkpoints have at least one officer waiting in a “chase” car that is ready to track down drivers who are attempting to avoid the checkpoint. They commonly assume that anyone avoiding a checkpoint is afraid of facing an arrest.

Of course, the best way to avoid a DUI arrest is to never drive while under the influence. Assigning a designated driver or calling a taxi can save you a considerable amount of money. If you do face DUI charges in southern California, please do not hesitate to call a knowledgeable defense attorney who will protect your rights. The Anaheim DUI defense lawyers at Sitkoff & Hanrahan have a long history of fighting drunk driving charges stemming from DUI checkpoints. Please call our offices today at (866) 430-8383 for a free consultation.